The Disparaging Implications of Strategic Location 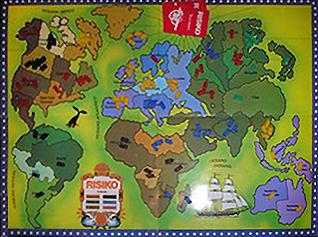 Places on the way to other places are particularly strategic, including Sri Lanka (“strategically located in the Indian Ocean along major shipping routes across Asia”), Lombrum Naval Base in Papua New Guinea (“a strategically vital position overlooking key trade routes”), and Haiti (“very strategically located … because of its proximity to the U.S. (only 750 miles southeast of Miami), to important Caribbean sea lanes, and to communist Cuba”).

Of course, strategic location is in the eye of the beholder. Central Asia became “a critical strategic region” for the United States in the weeks after 9/11, when the region served as a base for the invasion of Afghanistan, but it had been “vital” for Russia for years. For the cocaine industry, strategic locations include all of the Caribbean and Central America, including the Bahamas (“strategically located on air and sea routes”), the Dominican Republic (“strategic geographic location as a major attraction to traffickers”), Guatemala (“strategic drug trafficking locations”) and Honduras (“a strategic transit nation”). For bird migration, most of the planet may be considered strategic.

So what locations are not strategic? Places that don’t get global attention, by definition, are not generally considered strategic. These are places that important people don’t care much about.

The concept of strategic location is used so often that we may forget its disparaging implications: calling a place strategic means not caring about it as an end in itself, but primarily as a means to other ends.