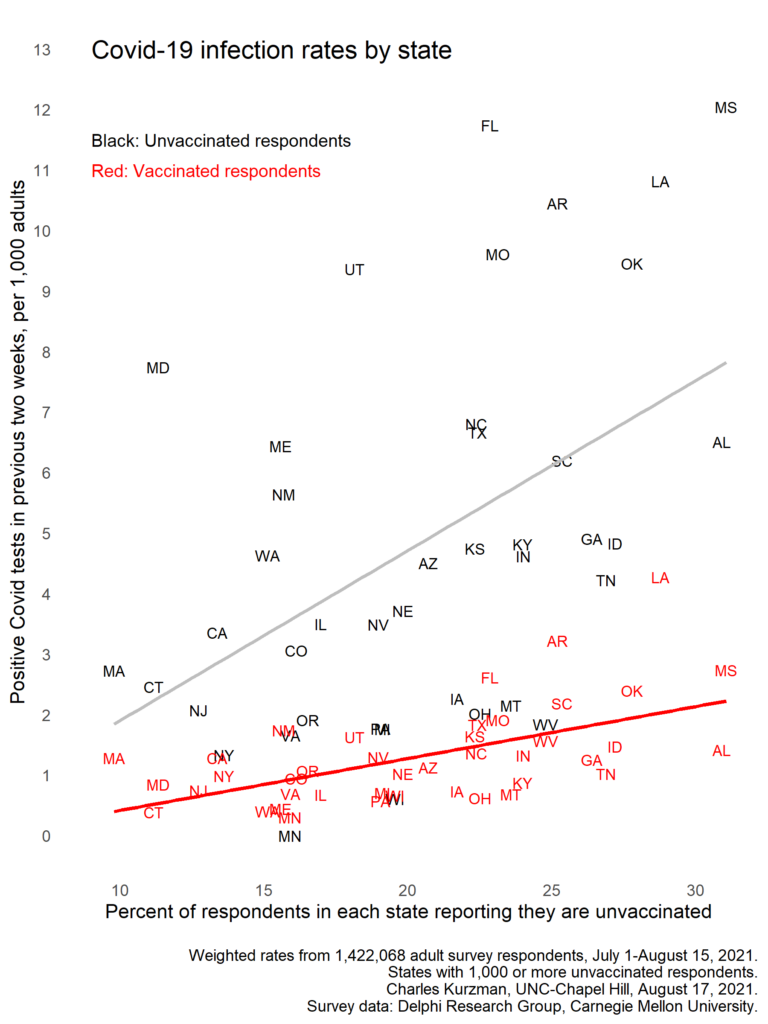 Breakthrough infections are more than twice as common in less-vaccinated states than in more-vaccinated states, according to a massive survey by the Delphi Research Group at Carnegie Mellon University.

In Louisiana, where more than a quarter of respondents said they were not vaccinated, 11 out of 1,000 unvaccinated adults reported that they had tested positive for COVID-19 in the previous two weeks, compared with 4 out of 1,000 vaccinated Louisianans.

Nationwide, infections are more than three times higher among the unvaccinated than among the vaccinated.

These findings are drawn from voluntary survey responses by more than 1.4 million Facebook users over the past six weeks. The sample is weighted to represent the adult population of the United States.