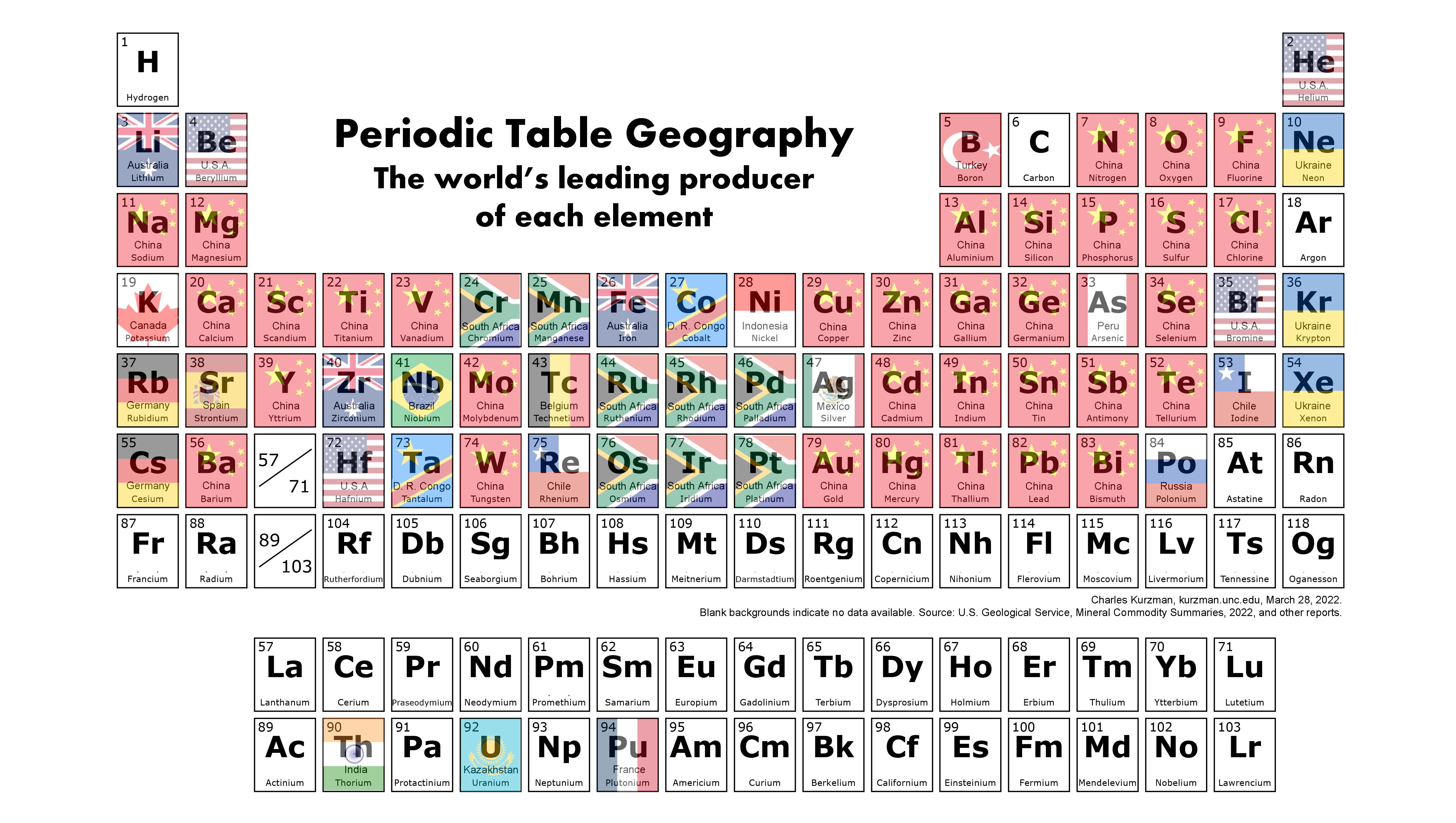 Until last month, Ukraine produced most of the world’s neon – a noble gas (atomic number 10) that lights up advertising signage and helps lasers etch patterns onto silicon computer chips.

The Russian invasion of Ukraine has disrupted the supply of neon, and also of krypton (atomic number 36) and xenon (atomic number 54), two other noble gases that are also produced in Ukraine.

That got me thinking – where do the other elements come from?

China’s massive mining industry is the leading producer of 33 of the 69 elements for which data was readily available, far more than any other country.

It is also the world’s leading producer of gold (atomic number 79), although its share is only one eighth of the world total.

These figures come from the U.S. Geological Services, which publishes a report and data files each year on the production and sale of minerals. For other elements, I’ve gathered data from a variety of reports (my data and sources are available here).

The leading country for each element is represented by its flag on the accompanying periodic table. Elements for which I could not find data are blank, including many of the heaviest elements, which have no current uses.

The scale of production of the elements varies widely – more than 2 million tons of nickel (atomic number 28) is produced each year, a third of it in Indonesia, and less than 100 grams per year of polonium (atomic number 84), a highly dangerous radioactive material, almost all of which is reportedly produced at a single nuclear facility in Russia.

The geography of the periodic table is a reminder that the world’s resources are not distributed evenly across the planet. In geopolitical terms, this distribution may be vulnerable to political conflict. In economic terms, it provides certain countries with comparative advantages. In social terms, it is just another instance of global inequalities of all sorts, as the Billie Holliday song says: them that’s got shall have, them that’s not shall lose; so the Bible said, and it still is news.